this site is an amazing blog done by a friend who teaches english in Oxford.
Colin

We're back in the studio, and all is fun and well. Stanley's here too, or at least in the shed out back, painting again. The rats have got in and eaten all his blue paint, and there's blue rat shit everywhere: but at least he's got a good dub cd to listen to while he's working. At least, I think it's good. Let me explain.

There is loads of great music out there that you'll never have time to find out about. I'm always saying this - boring the arse off someone about this. Partly to make me sound like I know loads of great music that they don't, and partly to justify why I've never heard a note of, say, the Stooges (though I really must, I know, I know...how can I claim to be a an Iggy Pop fan if I've never even heard 'I wanna be your dog'? etc. etc.)

I often glibly add - 'you could spend 6 months listening to just dub reggae, and it would all be worth hearing.' I realize that sounds patronising, but I choose reggae because I know so many people who collect this kind of music and no other - which fascinates me - and because it's mostly unknown to me. Not any more....I've just done it. Six solid months of nothing but Lee 'Scratch' Perry, Ken Boothe, Junior Byles, Marcia Aitkin and hundreds of others. It's to make a compilation which may or may not ever be completed - I hope I'm not just proving a point to myself - but either way, there's been nothing else on my ipod since April.

There's something exciting about coming to musicians when they're just names, when you've no idea who Derrick Harriott looks like, or what his reputation is - considered naff by real dub fans, maybe ? Derivative ? Or maybe ground-breaking ? I know the Stooges were ground-breaking - maybe that's what has been putting me off. The weight of knowing already how good it's meant to be. With this compilation, I've just ploughed through all these faceless names, liking things I probably shouldn't (covers of soul songs! Spanish guitar solos!) and maybe finding nothing I like by the supposed classics (some of the very empty dub stuff is kind of....tedious) - or nothing I really like on the records I already have. Although Lee 'Scratch' Perry seems to me to deserve all respect he gets. His records are just magical. Ditto Linval Thompson, Sly and Robbie, and Scientist.

(Interesting how making a compilation for someone makes you listen to your music completely differently. Endless moments of 'do I really like that track, now I'm actually listening to it for someone else?' It's a great way to get rid of records that you only think you like.)

So it's great music. If you don't know any, it's really worth getting into. There's more than one speed, one rhythm, one mood - more than one gender, even, than you might suspect. Marcia Griffiths was a revelation. If I ever finish this thing, I'll put the list up, and invite you to check it out. And disagree. "Ken Boothe ? Theat's not real reggae....Robbie Williams of his day.....might as well put 'I come from a land down-under' on... "
Jonny

final day in this session

everybodys wasted. expended i mean. energy wise i mean.
all in need of bowl of coco pops.
colins i s playing sleaz bass on mornin' mi lord..
its sounds very heavy. err phat. ..like a freight train...
'the speakers ar e cracking'
ths is the last day of the session.. we start again in a couple of weeks
good,
i need to get away,
six days straight from 11 till late is enough for an old man like me.

i dont know. what do people write in blogs normally?
i could write about how im finding it difficult to finish lyrics.
that there are giant waves of self doubt crashing over me and if i could allieviate this with a simple pill ...
i think i would

although it is a necessary part of the procedure. but that would be dull wouldnt it?

i could write about watching V festival.. how i thought Dizzee Rascal stole it..

or ponder the imminent energy crises that awaits us even before our governments get their arse in gear over climate change.

or how amazing the sky is outside with the moon hiding behind fast moving clouds and the bats swooping close to your head.

i have absolutely no idea what i am talking about
Thom

louis taken to pub after bvs 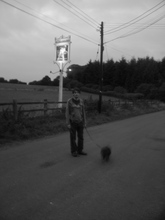 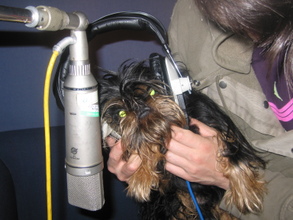