so yes rumour has it that the canadians came to the copenhagen summit demanding to increase their co2 emmissions.
principally cuz of the tar sands and how much money the faceless motherfuckers in the oil industry stand to make out of it.. who are obviously bankrolling the government there.
i find it hard to correlate this all with the canadians i know who are very forward thinking..
the frightening thing about it is that just such a project could send the climate over the tipping point.
here's a link.. but just google if you wanna know more

people and planet on tar sands

....i try to imagine what it must be like to work in the political lobby office of BP or whatever (ok not often).. must be nice to not give a shit... i've met some people involved in the oil industry they seem nice enough... u know..
but hey, they might cry, were all answerable to the shareholders..
err hang on isnt that most of us? pension funds etc? tricky. but then again not really. what use is a fuckin pension when there aint nowhere to live?

As per Thom's announcement below - w.a.s.t.e has a pre-sale allocation of tickets for each show. Info for this and the general on sale can all be found here.
W.A.S.T.E.

ok so in April the other band.. that i got together to do the eraser and other stuff u know .. Mauro, Flea, Me, Joey and Nigel is going back out to do some shows in the US.. ending with playing with Coachella. we had too much fun to just leave it there...

it has been decided that we call ourselves Atoms For Peace. hope you like the name.. it seemed bleedin' obvious. 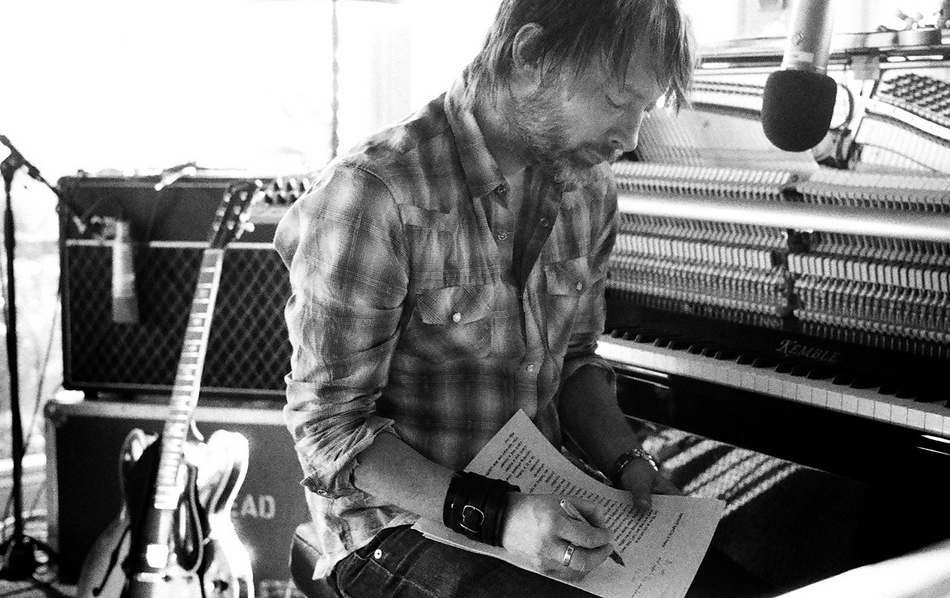 Hey-
I'm doing a low key solo thing at the Cambridge Corn Exchange on the 25th of Feb.

It's because a friend of mine Tony Juniper (who used to be head of Friends of the Earth and who i went to the Copenhagen Summit with) is hoping to become one of the first Green Members of Parliament in the UK.
And i wanted to help him out somehow.

I think he'd be a great MP as he knows a lot about dealing with the murky brown waters of politics when it comes to the environment, but has a positive energy with a healthy contempt for the way they operate. And wouldn't it be nice to have someone there who is actually doing more than paying lip service to climate change? And maybe rip shit up a little?

Now normally i wouldn't get involved in politics like this... but lets face it.. it aint labour or the tories is it?!? so..
and anyway he bought me a pint and twisted my arm. it's a slippery slope i know.

what else do i have to say? oh yes the proceeds from said event go to the Green Party of which Tony is a member.
and support will be offered by local person Pete Um.

tickets will go on sale from the waste shop tommoro at midday.

a week of number 13s

1. Murderer by Low from Drums and Guns
2. Hotel Freund by Black to Comm from Alphabet 1968
3. If you go away by Scott Walker from Scott 3
4. Ancestors by Gonjasufi from 2010 from Warp Records
5. Turn it on (instrumental) by Mark Pritchard & Steve Spacek
6. These Words ft. dbridge by Martyn from Great Lengths
7. I think UR a Contra by Vampire Weekend from Contra
Thom