In Poland this weekend for some concerts - some of which are being broadcast online, so if you're nowhere near, perhaps you'd like to listen in...

...and the next set below are from Brokenchord, Altrice and Blawan, released on Monday on 12" and digital download, available from here.

A double CD of the whole 19 remix series comes out in record shops on the 10th October.

Peaceful Protest Against Tar Sands in front of the White House.. Free Arrest no extra cost

Next up is Thriller, Illum Sphere and Shed.

The digital version goes on sale on Monday 15th but unfortunately there will be a delay on the vinyl reaching the shops; you should be able to pre-order vinyl from your local record store or from our store here on Monday.

President Obama is soon to make a decision on whether to press one of THE big red climate self destruct buttons..

and is under considerable pressure from a fake grassroots campaign funded by um
..certain interested parties (its called Astroturfing )
into allowing the Tar Sands nightmare to go ahead..
if you don't know anything about the Tar Sands have a quick google...

as seems to be the way of politics this won't happen unless a strong show of resistance can be seen to help obama say no.

Anyway there is a campaign of peaceful civil disobedience planned in washington..


thanks for reading this. more stuff about music laterrrrr 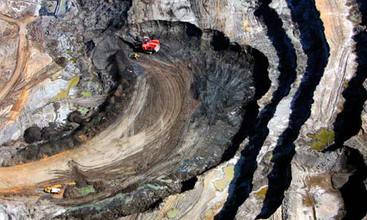 even though there is no-one in the office.
we've gawn fishing.
well i havent.
neither's anyone else.
the sun comes out occasionally here, but then we get wet.
im not answering me emails. much.
im listening to these.. amongst other things

1. O God Protect Me by Ben Frost
2. Mozaik by Zomby
3. Juke Me From The Back Low by Dj Slugo
4. I Just Woke uP by Wiley
5. Sacred Frequency by Machinedrum
6. Radiance by Surgeon
7. Phoenix(fantastic mr fox remix) by Hyetal
8. German Clap by Modeselektor
9. Hibakusja by Ben Frost
10. The Sun Too Slow by Chris Clark
11. 100%publishing by Wiley
12. Things Fall Apart by Zomby